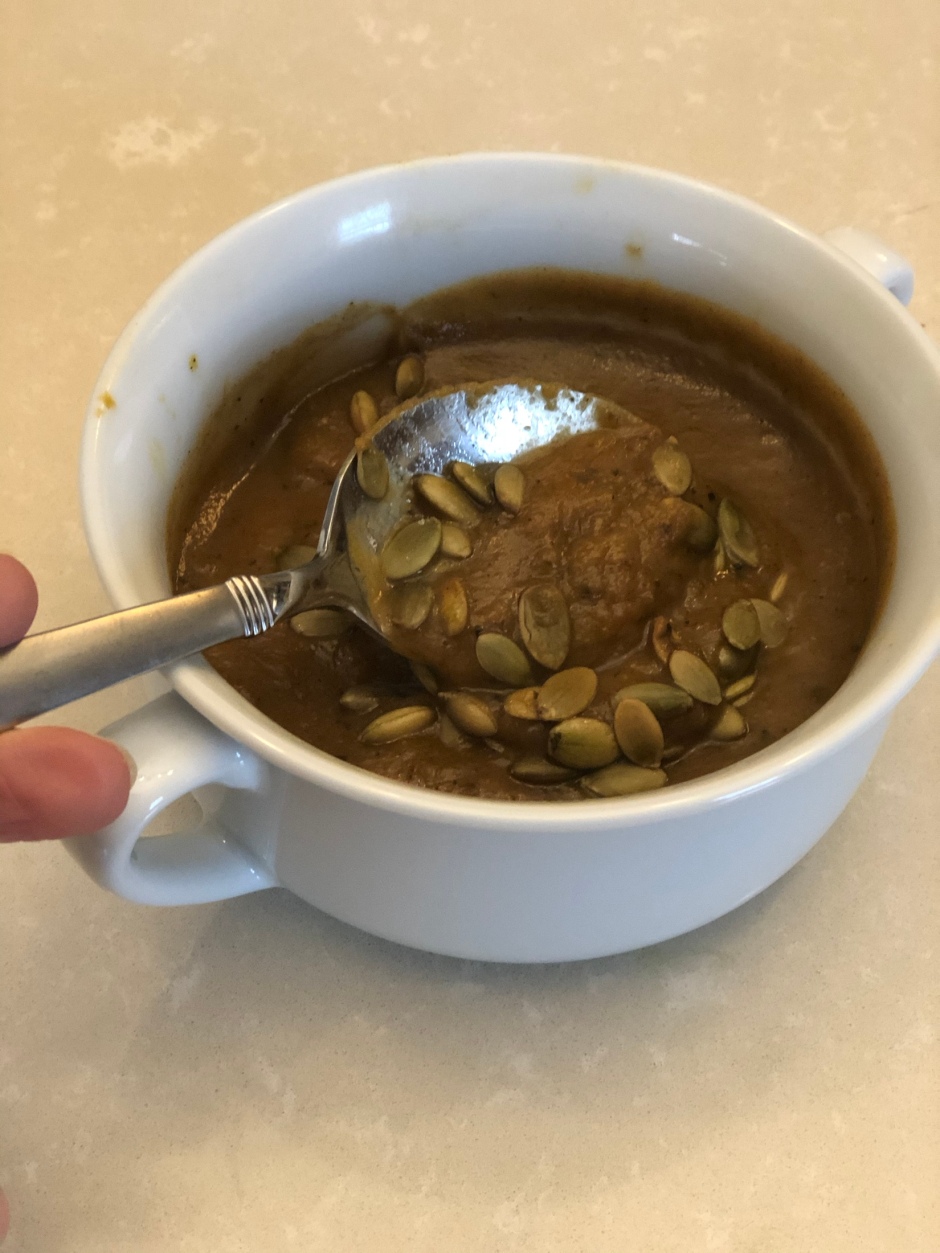 I swear I posted a recipe for butternut squash soup on my blog before, but as I was looking back on it, I realize that I have not. I had a big package of cut up butternut squash in my fridge that I was planning to roast as a veggie for Thanksgiving, but my sister told me that most people probably won’t eat it in her house as they are not squash fans. I have shared that recipe with you before so you can check that out. So, I had to use up the squash so I decided to make some soup with it. I have experimented with several different butternut squash soup recipes, but I always seem to come back to this one. The only downfall for me with it, is the color. It does not come out with a bright orange color. It is more brown from the roasting, but I love the flavor.

Instead of buying whole butternut squashes, I buy it precut. It saves tons of time and a potential knife injury. I use a 3 lb. package and throw it on a cookie sheet covered in foil for a quick cleanup and spray some cooking spray on it.

While the squash is roasting, I saute up 2 peeled and cored apples and a medium onion in a little butter. I add some dried sage, pepper, salt, a sprinkle of cinnamon and cayenne pepper.

When the squash is done, add it to the apples and onion, and add the liquid. I use half chicken broth and half water.

Let it simmer a bit to get the flavors to meld together and then blend it up with an immersion blender. Alternately you can puree it in a blender, but the immersion blender allows me to do it right in the pot and do less dishes.

A little half and half adds some richness to the soup and lightens it a bit.

living the sweet life one Saturday at a time

................... for lovers of ice cream. Your free on line magazine for sweet frozen treats. Recipes, inspiration, artisanal ideas for your delectation.