I have really come to love this veggie.  It makes a great soup and I love it roasted.  Following the WW points system, its a 0 point food, but it tastes like it could sub out for it’s starchy friend, the sweet potato.  I usually buy it pre-cut and cleaned for convenience sake, but I had one on my counter from the farmers market.  It did not take too long to peel and cut into 1 inch pieces.

Wegman’s offers a “ready to cook” butternut squash in their prepared section and I have bought it a few times, but when I think about it, it’s ridiculously expensive.  It’s basically cut up butternut squash and some red onion. With a little time to cut up the veggies I can do it alot cheaper.

Cut up your butternut squash.  I tackle it by peeling the whole thing and cutting it in half crosswise.  So I have a wide piece and a narrow piece (the neck).  Chop the neck part up in 1 inch pieces.  Cut the wider section in half and you will find all the seeds.  Scoop them out and continue to cut up the squash in similar sized chunks.  Cut up a big red onion in large chunks.  Put these veggies on a foil lined baking sheet that has been sprayed with nonstick spray  and toss them with some olive oil, salt and pepper.  I happened to have the Wegmans basting oil in my fridge which already has the seasoning in it so I used that. 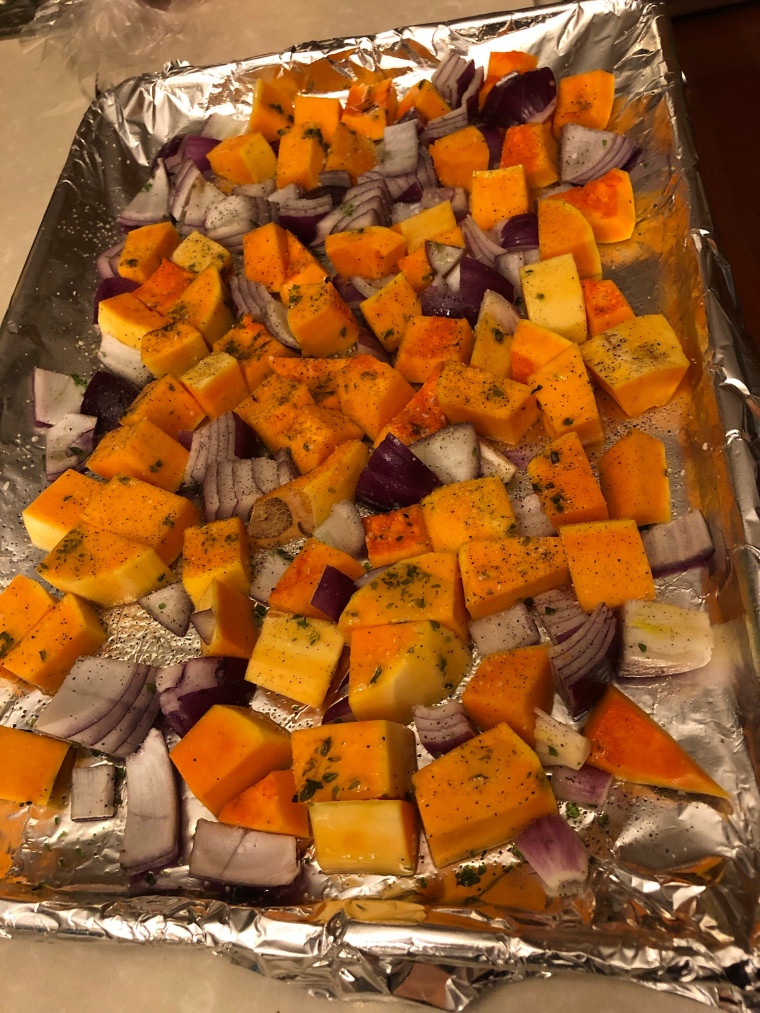 Roast at a high temp for about a half hour.  The squash should start to brown nicely.

Cover the squash and onions with about 6 ounces of baby spinach.  It looks like a ton, but the heat will quickly wilt it down.  Cook another 10-15 or so.

Transfer to a bowl and add some pomegranate seeds.  A pretty veggie side dish that was actually approved by the kids in the house! 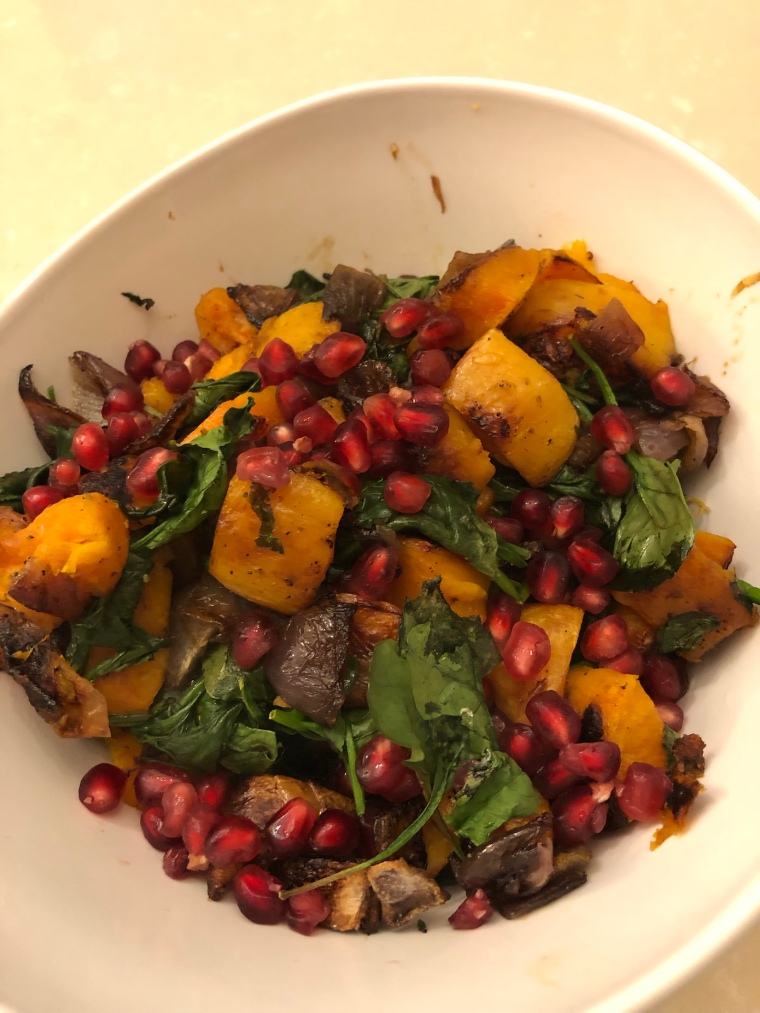 One thought on “Roasted Butternut Squash”

living the sweet life one Saturday at a time

................... for lovers of ice cream. Your free on line magazine for sweet frozen treats. Recipes, inspiration, artisanal ideas for your delectation.